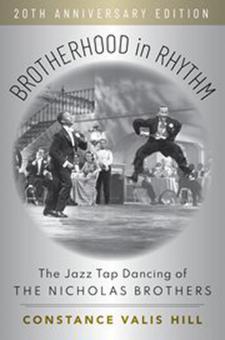 When the Nicholas Brothers danced, uptown at the Cotton Club, downtown at the Roxy, in segregated movie theatres in the South, and dance halls across the country, audiences cheered, clapped, stomped their feet, and shouted out uncontrollably. Their exuberant style of American theatrical dance - a melding of jazz, tap, acrobatics, black vernacular dance, and witty repartee - was dazzling. Though daredevil flips, slides, and hair-raising splits made them show-stoppers, the Nicholas Brothers were also highly sophisticated dancers who refined a centuries-old tradition of percussive dance into the rhythmic brilliance of jazz tap.

In Brotherhood in Rhythm, author Constance Valis Hill interweaves an intimate portrait of these great performers with a richly detailed history of jazz music and jazz dance, both bringing their act to life and explaining their significance through a colourful analysis of their eloquent footwork, their full-bodied expressiveness, and their changing style. Hill vividly captures their soaring careers, from the Cotton Club appearances with Duke Ellington, Cab Calloway, and Jimmy Lunceford, to film-stealing big-screen performances with Chick Webb, Tommy Dorsey, and Glenn Miller.

Drawing on a deep well of research and endless hours of interviews with the Nicholas brothers themselves, she also documents their struggles against the nets of racism and segregation that constantly enmeshed their careers and denied them the recognition they deserved. More than a biography of two immensely talented but underappreciated performers, Brotherhood in Rhythm offers a profound understanding of this distinctively American art and its intricate links to the history of jazz. 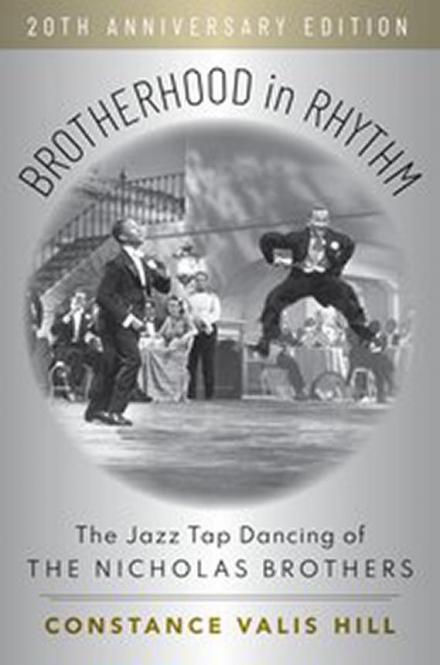